Something monstrous has been found in the magic world of Wonderland and it wants to get out.

Lewis Carroll created a curious and fantastical world in his classic book Alice in Wonderland, but he secretly recorded the true story of his actual travels to Wonderland in four journals which have been lost to the world…until now.

Celia and Tyrus discover the legendary Lost Diaries of Wonderland and fall into a portal that pulls them into the same fantasy world as the White Rabbit and the Mad Hatter. However, Wonderland has vastly changed. A darkness has settled over the land, and some creatures and characters that Tyrus remembers from the book have been transformed into angry monsters.

Celia and Tyrus make their way through this unpredictable and dangerous land, helped by familiar friends including the Cheshire Cat and a new character, Sylvan, a young rabbit. Together, they desperately work to solve puzzles and riddles, looking for a way out of Wonderland. But the danger increases when the Queen of Hearts begins hunting them. Believing the two young visitors hold the key to opening multiple portals to multiple worlds, she will stop at nothing to capture them.

It’s up to Celia and Tyrus to save Wonderland and the real world. It’s a race against time before they are trapped in Wonderland forever. J. Scott Savage
J Scott Savage is the author of the Farworld middle grade fantasy series and the Case File 13 middle grade monster series. He has been writing and publishing books for over ten years. He has visited over 400 elementary schools, dozens of writers conferences, and taught many writing classes. He has four children and lives with his wife Jennifer and their Border Collie, Pepper in a windy valley of the Rocky Mountains.
Books of J. Scott Savage 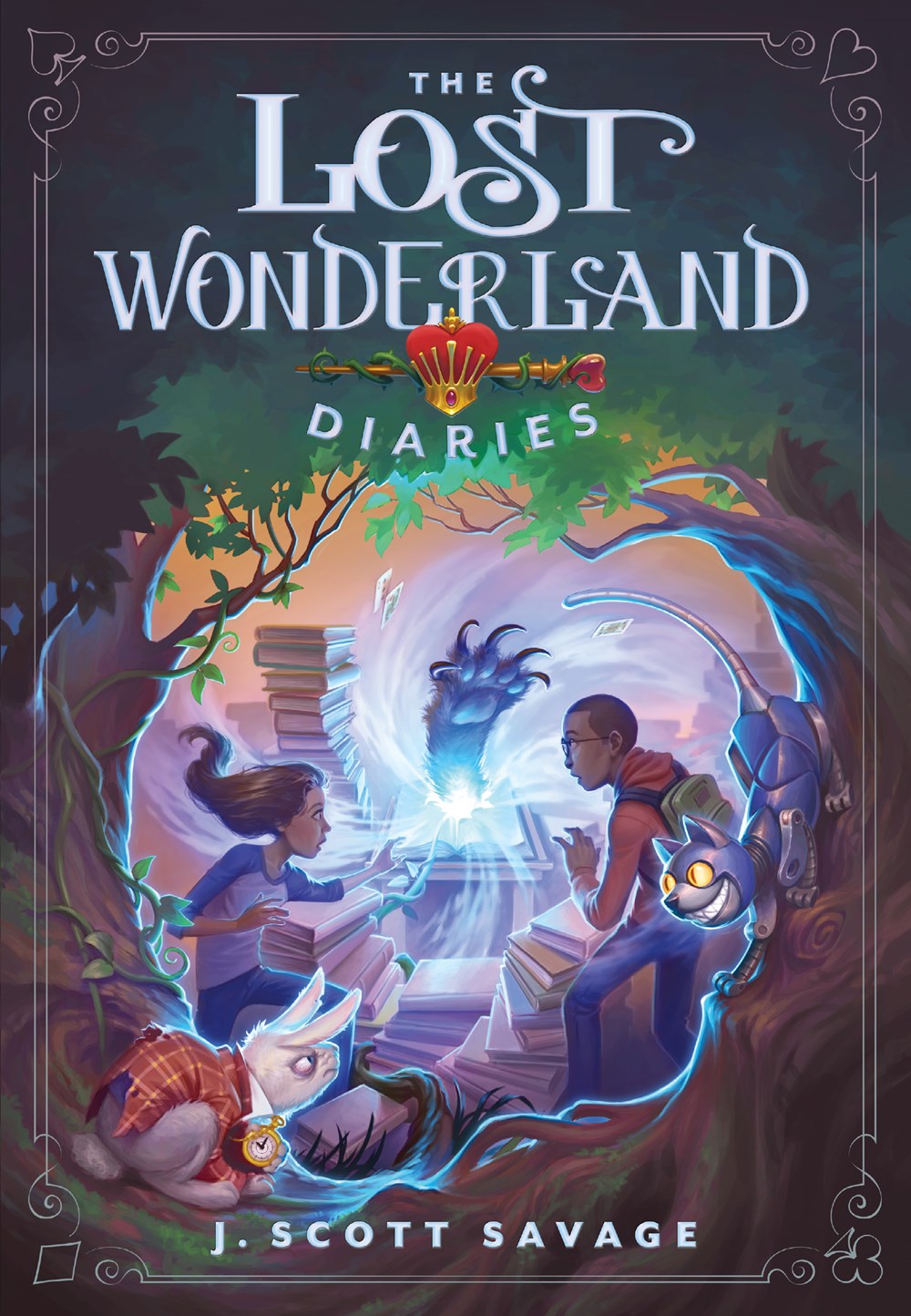 Read more
Mysteries of Cove: Fires of Invention
About This Book
Details